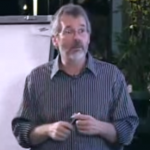 John Carlton discusses the importance of using clear concise language in copy and stresses the value of understanding the basics. He mentions the original Elemants of Style, by William Strunk.  You can access a copy of that here.

John: What did you look at, Scott?

Scott: Just a little bit of the elements of style.

John: You guys got the newer one? The older one’s great for just the idea that when you realize how much American writing has relied on that book, and how far we have strayed from it in the recent couple of generations. I love Jack Kerouak and the beat writers, but the disservice they did was the same thing that Picasso did to art.

Just real briefly, and this is relevant to writing…Picasso came out around the time of photography, when photography started getting big, and what happened was, art before then had been a real craftsman’s job, and there was a lot of realism going on. The Victorian age was very realistic. Photography kind of put a dent in that. Those skills of being as realistic as possible as a painter no longer became valuable, because of photography. That is certainly what Picasso used. He was a very accomplished artist, but he went off in another direction using, not the excuse, but the impetus of photography taking care of realism for him to go off in another direction. Plus there was all this other stuff going on at that time.

And that’s great. That kind of revolution is great. That’s what the beats were doing in the ‘50’s with writing and things like that. The problem is in the following generation in art. People started with Picasso’s art as a base, thinking that they didn’t have to know anything about how to paint, anything about the craftsmanship.

There is a very famous quote that I had written above my desk for a very long time when I started in my career as a freelancer. And that quote is…”First, be a craftsman. You’ve got plenty of time to be a genius later.” And what that refers to is learn the craft. And that’s where Elements of Style comes back in. Because the painter that started with the idea that “I don’t have to learn the craft, because all I have to do is paint like Picasso and I’m going to be a great artist, too.” Those people are stymied…they’re stuck in a…and, of course, the art world rewarded people for that for a very long period of time.

For me, a lot of the latter half of the 20th century, the art really went downhill in a lot of ways. I collect art. I collect local art, and I like people with craft. That’s what I look for first, is that sense of craft. If it’s ceramics, it’s understanding the process, of the kiln and that. And that’s very different from those who essentially never get better than they were as a sophomore in art school, you know, when they are just throwing stuff together and think everything they are going to do is fine. So, when you get into this advertising and marketing, when you get into this writing, it’s kind of a shock to a lot of people when you say “you’ve got to learn to write. There are some basics to writing that have been time-tested, and that’s where Elements of Style comes in. It’s a little dated, yes, but it is only dated in that it was written a long time ago, in the 20’s. It influenced people like Steinbeck, who knew how to write concisely, succinctly, and paid attention to the writing. A lot of writing that is out there, a lot of stuff that you find in newspapers…just pick up a newspaper and count the number of “that”s in a story. It’s obvious that people are now teaching people how to write, and the teachers don’t know how to write. The corruption is endemic and, as all marketers know, this is your “in”. This is great news for anyone who knows what everyone else doesn’t know. Because now you can now become that clear, concise writer. It can actually be a USP within your market, for you to be the one guy who can clearly say what everyone else is mumbling about.

So, that’s why this is so important. That’s why you guys intuitively knew to follow a writer…me…a lot of you have been dealing with Dan Kennedy, Gary Halbert, and other guys like that. There’s a reason why top writers tend to start talking about this stuff. Obviously, we are so passionate about it. There is a reason for it. Communication is the basis for society. Without it, the world is one big Tower of Babel.

So, it’s very important to not turn your nose up about it. How many people had a bad experience with English in school? Their brain curdled at the thought of conjugation and things like that. I did…I hated English. So, it was a revelation for me when I made the connection between concise writing, communication, and how that would affect being a marketer and especially a copywriter.

Any questions about that? OK…