AS2 – Kevin Rogers/Chris Haddad: Key to a Successful Launch 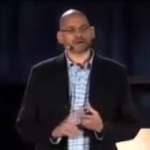 Kevin Rogers and Chris Haddad run very successful online launches. In this clip they disclose the 2nd rule of launches. A launch is a story.

For more information about the Action Seminar, go to http://www.actionseminar.com/

The story, actually Michael Gerber just talked about that. We talked about that all weekend. How stories are incredibly powerful. The story is your glue that holds the launch together. No story equals no sales, even the big gurus get this wrong. Kevin, take it away. What do I mean by all this?

You’re talking about different ways to tell the story. One is get yourself personally involved in why you are creating this product, right? I mean, you can have the product as the hero, you as the hero, but the story needs a hero. Anything you’ve ever read or been interested in or sat down and given your attention to, whether it is a half hour sitcom, a 2-hour movie, or War and Peace, that might have took you 2 years to read, there is only one word that sums up why you went back to that, and that is “conflict”. Conflict is at the heart of every great story.

And then you need your hero, it is the hero’s journey, right? Everybody knows that formula. So you need to tell the story about why you are launching it. A lot of people get away from that. They think: “everybody is so distracted, everybody is so busy, they don’t want to hear about why this is important to me, or where it came from, but that is human nature. People want to know, you know, when you meet somebody , a couple, you know it is not long before “well, how did you guys meet?” Right? Because we are inherently interested in stories. When you go back to the beginning of time, when they discovered cave drawings, they are telling stories, you know, about their lives.

It’s more than, you know, one thing I learned from John Carlton early on in my marketing career, is that people are incredibly freaking bored and live incredibly boring lives, generally speaking. Most people kind of wake up in the morning, they put their kids off on the bus and they eat their porridge, and they get into their car, they are crammed into their car, and they go to this job and they sit at this desk that is killing their back, and they have this asshole boss that they totally hate and they are doing a job that they never wanted to do and they keep thinking “didn’t I want to be a fireman, why am I an accountant? What’s going on?”

And they just kind of get really nuts. People are desperate for excitement and for a story. We as human beings are primally keyed in to respond to stories. Tell any kid “Hey, I am going to tell you a story”. What do they do? They start jumping up and down, up and down. They beg their dads for that kind of thing.

Also, if you don’t have a compelling story, we are going to talk about there is 2 kinds of stories that I am going to get to in a second. If you don’t have a compelling story from a sheer dollars and cents standpoint, it kills your launch. Very recently there was a big launch in the IM niche, I am not going to name names about who it was, where they built the biggest opt-in list I had ever seen for an internet marketing launch. Everybody behind the scenes was looking at this. They had a list of over 100 thousand people just for that particular launch. Everyone behind the scenes was saying it was going to be an 8 million dollar launch. It was going to beat Mike Koenig’s gigantic launch that he did a year or two ago. We’re all like “it’s amazing”.

Then the cart opens. Not so much. Not so many sales. They did OK. They broke 7 figures. But, with a list like that everyone thought it would be an 8 figure launch, the biggest one in the world. And, looking at it afterwards, talking with Jeff Walker and guys like that, we were looking at it and saying “There’[s no connective tissue here.” There is no reason for this launch. There’s no real recentcy to it/ They build a huge list because they had some compelling bribes, but the bribes (we’re going to tell you how to create your pre-launch content later) the bribes did not have the connective tissue of a good story to them. The people just took the bribes, said “hey, this is cool”, then just walked away.

All right? Which is not what you want them to do. We’ll talk more about that later.