John Carlton Copywriting Tips: How to Get a Great Testimonial 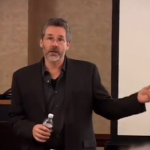 In this video clip, John explains how to get a great testimonial. How to use sales detective work to get the real story behind what starts out as a fairly blase tale:

He is speaking with Lorrie Morgan-Ferraro, a well-known copywriter, about a coaching course she is promoting, but the process is the same no matter what business you are in. At the end of the clip he ties it all together and digs down to expose the real job of the testimonial.

JC: For this one here, did you call him or did he do this on his own?

JC: very rare. You’ll usually get something like “Gosh, Lorrie that was great. I know I’m going to get a lot out of it”. And that is a worthless testimonial. Yet a lot of people put those up top because they think the name’s good or something like that. You get testimonials from famous people that really are no good but you’ll be tempted to put them up because of the name. They carry a little weight, but not much.

So, you may get a good raw testimonial, like “hey, Laurie that was great. It really helped my copywriting”. He has to get on the phone with him and say something like “hey thanks for the testimonial. It sounds like there may be a story behind this. And then you get into a conversation with him. You have to put your sales detective to work. It may not be just that the person was helped, but may be she is blind and had to get the story transcribed into braille or something like that. You never know what the story is.

You want to get as close as possible to something like “I was broke, and then three days after meeting you I was able to purchase a new Cadillac”. You want that rags to riches, but you want specifics, too. If they say they made a lot of money, you have to find out exactly how much money. They may not be able to give you specifics. They may not know that they made $7000 in 72 hours but they may know that they doubled their income from the previous month, or maybe they made more in one month than they had made the entire previous year.

If you have a video or audio testimonial you may want to transcribe it, for those who don’t want to sit there and listen to it. All the audio does it support the fact that there’s a real guy there. Don’t rely on the audio, especially if the audio is more than a minute long. And tell them how long it is. For example, you might say that it is 2 1/2 min. long, and if you want them to listen to it, say something like “and you have to hear the part at the end, where he has some special note for you” or something like that.

You can slightly rewrite it for them, if you want. Just call him on the phone and make sure that it’s okay with them. You can throw in a power word which they may not have thought of using.

I’m not really impressed with the fact that Michael Port made $7674 in 72 hours because I don’t know what he does. I don’t know if he does it regularly… I don’t know if he’s in a market that is so far removed from what I’m doing. Maybe he does this anyway, or maybe he used to make it in 96 hours. How does that fit into my reality? This isn’t about Michael Port. This is about the person reading, looking for reason to give you the credibility that you so badly need in order to get them to do what you want them to do, which is to take out their wallet and give you money.